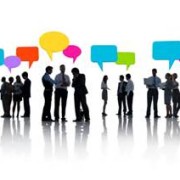 Phoenix Commons residents had a great showing as we all enjoyed National Night Out with our Jingletown community. #JingletownPride 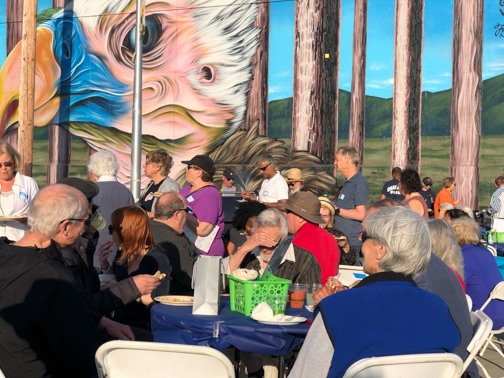 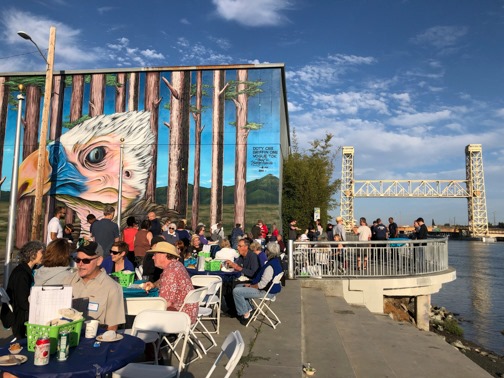 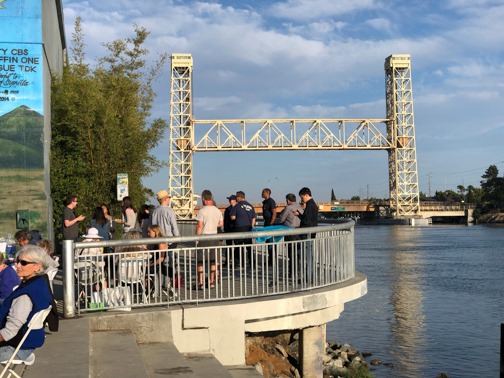 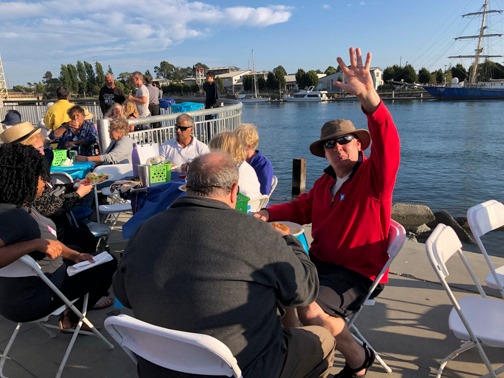 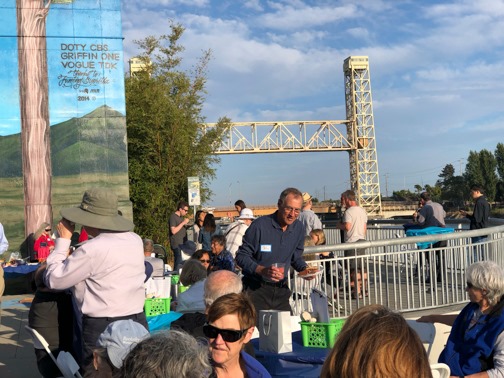 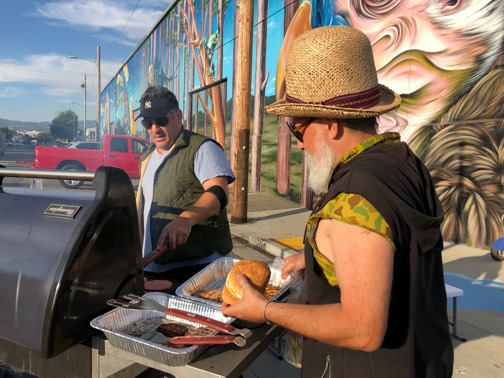 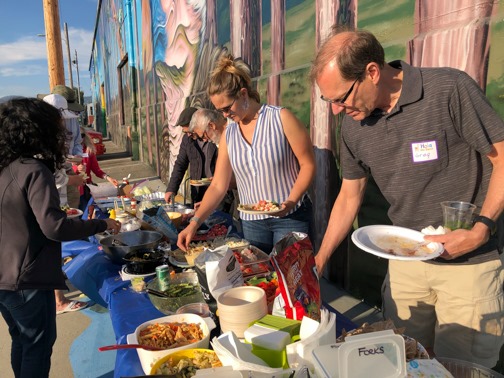 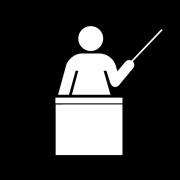 Please join us as author Kerry Stevens reads excerpts from his new book in our Living Room on July 28th at 7pm. We’re thrilled to welcome Kerry as part of our series of author presentations. (Jyoti is especially excited to host her brother Kerry, because the book is about her mother and brother!) 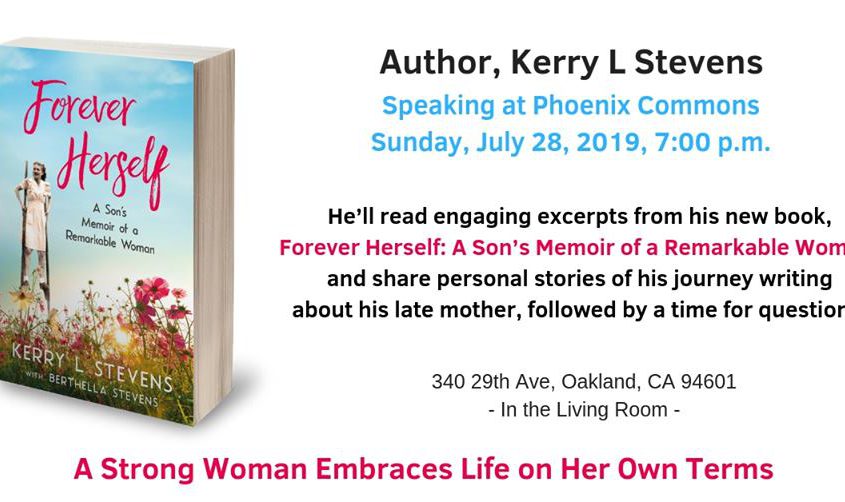 It’s so exciting that Phoenix Commons is on the cutting edge of seeking solutions to some of society’s modern challenges. 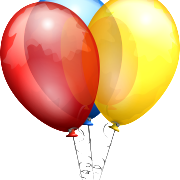 Save the date for Saturday, May 30th, for our very first open house! Come and meet the community members and development team, learn more about the building design and how it encourages a cohousing lifestyle, and take a guided tour of the construction site. Food and refreshments will be provided by Phoenix Commons. To RSVP and find out the meeting location, contact us at [email protected] or call 510-217-8527.

Come find out what sets us apart from every other 55+ community in the Bay Area! 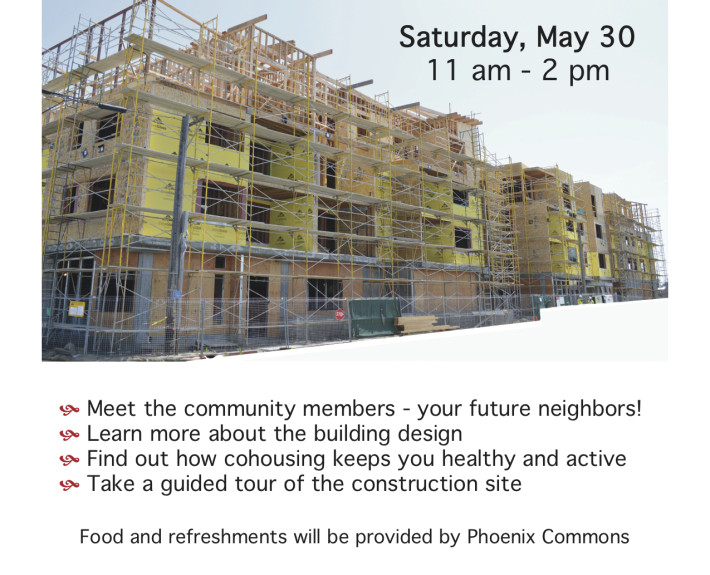 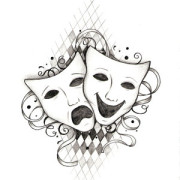 With its location in Oakland’s Jingletown Art District, and right on Alameda’s doorstep, Phoenix Commons is a haven for lovers of art and culture. Even though the building is still months away from completion, the community is already making connections with local artists and institutions. One of these is Rhythmix Cultural Works, a nonprofit artist collective that hosts a wide variety of performances, classes and events, just a few hundred feet away from Phoenix Commons.

A few of our members recently attended a baroque flute concert at Rhythmix, with works by Boismortier and Haydn performed by five flutists of global fame. Not only were they able to listen to rare baroque flute pieces, they also spent some time with the musicians in a special meet-and-greet session before the concert  (see photos below). For the many art and music fans joining our community, it’s exciting to know that world-class cultural events will be available within a five minute walk from their new home!

Phoenix Commons is also supporting Alameda Theatre with a special marketing campaign featuring a 30-second video advertisement that will be shown in between all shows. If you’ve never been to the historic Alameda Theatre before, now’s a great time for a majestic cinema experience that will take you back to the 1930s! 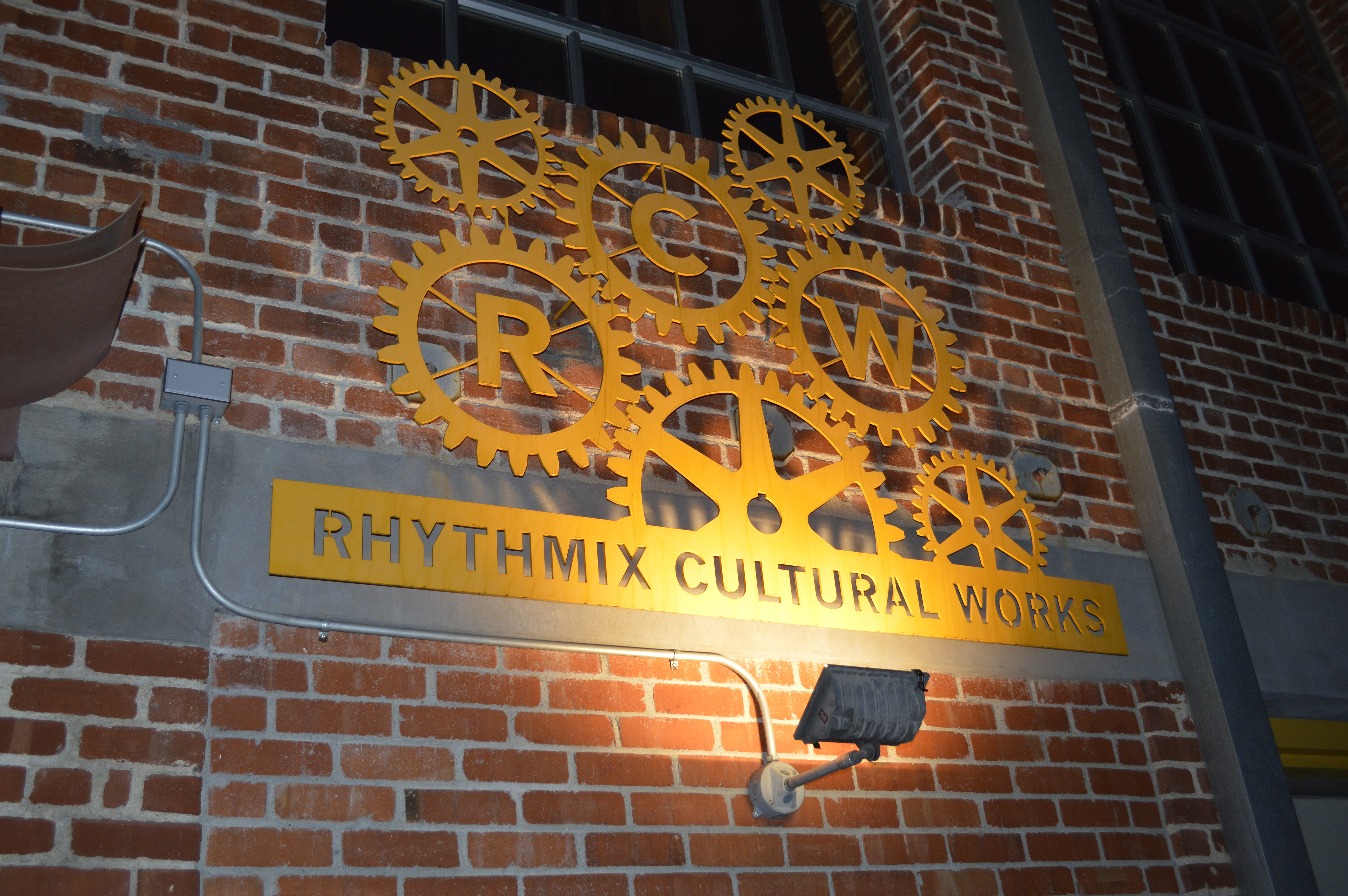 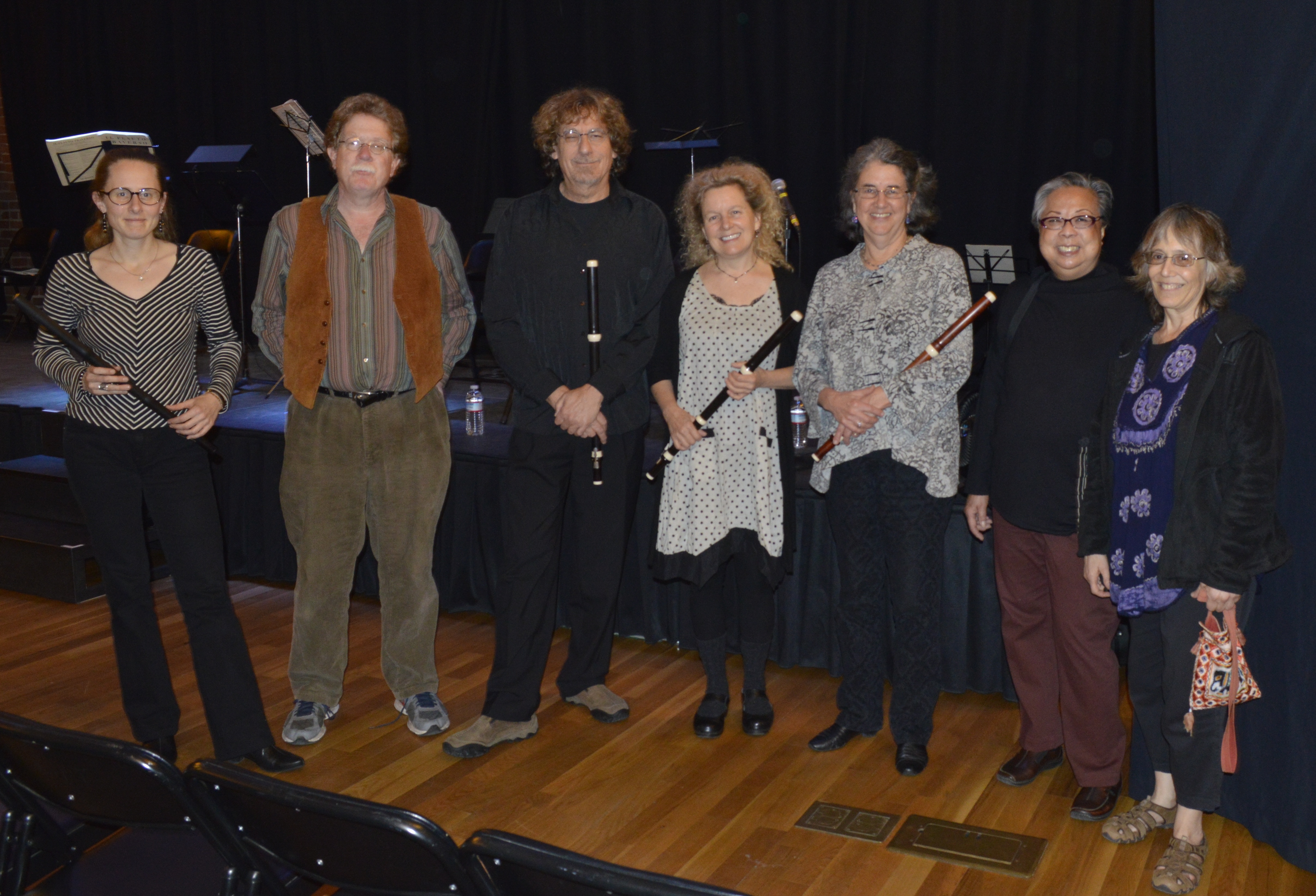 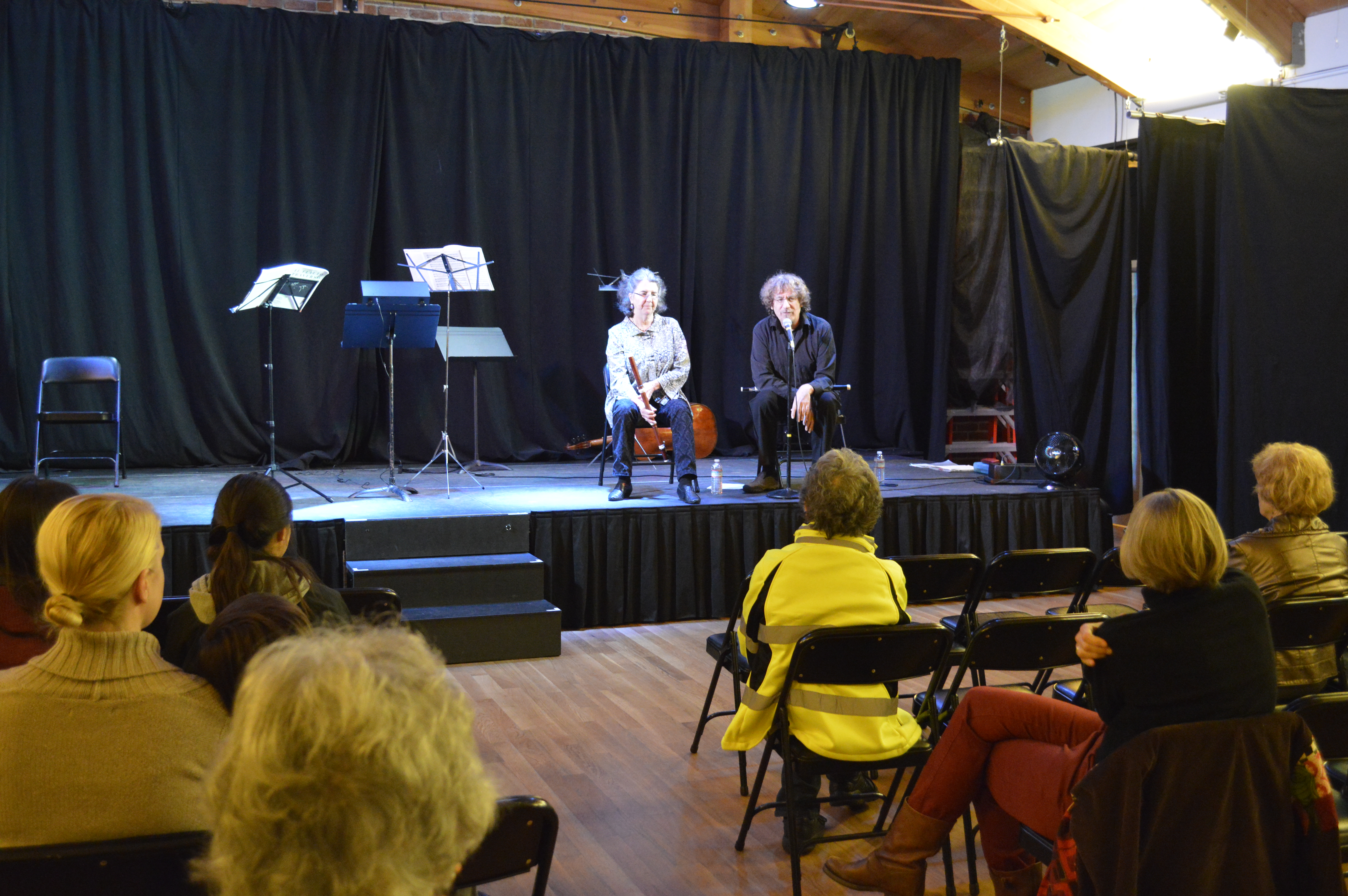 Unlike many communities with a predominantly 55+ population, Phoenix Commons advocates a philosophy of conscious aging, in which community members openly acknowledge the issues associated with their aging and find ways to support one another as they grow into elderhood. Education is a crucial component of this approach to aging, as it raises awareness of the issues and allows us to prepare for various scenarios.

Phoenix Commons is pleased to announce a free educational seminar sponsored by its nonprofit partner, Elders Village. Dr. Garr Crookston, Au.D., will provide an overview of age-related hearing issues, diseases and conditions that result in hearing loss, why certain sounds are harder to hear, and how to best preserve your hearing. The seminar will be held at the Alameda Free Library (1550 Oak Street) on Wednesday, February 18, 1-2 pm. Please spread the word about this free educational seminar, attendees may RSVP by calling Samantha at 510-217-8527 or emailing [email protected]

As exciting as it is to see the physical construction of Phoenix Commons, the true heart of the community is its members. With over 34% of the future households already signed up, we have quite a few members on board and they’re making their presence known! In addition to business meetings, committee meetings, and a monthly social, members of Phoenix Commons are often present at Bay Area fairs and meetups dedicated to healthy aging in community. They contribute their time and energy, not just to promote Phoenix Commons, but also to just talk to folks in general about the benefits of aging in an intentional community and to make connections with like-minded peers in the region.

This coming Saturday, August 16th, Phoenix Commons will have its own table at the 6th Annual Lamorinda Aging Symposium, held at the Lafayette Orinda Presbyterian Church from 8 am to noon. Admission is free, so come and learn more about the Bay Area’s most exciting senior housing project from the folks who could be your future neighbors!

Come to this FREE educational event presented by Dr. Meredith Whiteside, from U.C. Berkeley School of Optometry, and learn how to take care of your eyes and protect your vision.

Everyone’s vision can change with age, some changes are normal, but losing vision is not a normal part of getting older! Older adults are at higher risk of developing several age-related eye diseases and conditions.

Peet’s coffee and refreshments will be provided.

To RSVP, or if you have questions about the seminar series, please call Samantha at 510-217-8527 or email[email protected].

This free educational event is sponsored by Elders Village an Alameda based 501(c)(3) with funding provided by AEC.

On a bright, crisp Thursday morning, dozens of people gathered on the Oakland waterfront to celebrate a major milestone for our community. Phoenix Commons, the Bay Area’s first cooperative lifestyle community for seniors aged 55+, officially broke ground, coming one step closer to spearheading an exciting, new trend in senior housing in the Bay Area.

Oakland Mayor Jean Quan and City Councilman Noel Gallo were among the many public officials, community supporters, senior housing advocates, and future community members in attendance. As guests examined a 3D model of the building, enjoyed the property’s view of the estuary, and enjoyed champagne and hors d’oeuvres, there was a sense that the future is bright for senior housing in Oakland. Mayor Quan summed up the potential impact of the project beautifully when she said, “I think we will redefine retirement and how people live as seniors.”

Coverage of the event can be found in the Oakland Tribune, and other local publications around the East Bay.

Elders Village, a non-profit dedicated to educating seniors, hosts an ongoing monthly series of talks on various topics of interest to older adults. This month, the Elders Village Talk on Safety will be held at the Alameda Elks Lodge (2555 Santa Clara Ave.) on Wednesday, November 6th at 6:30 pm.

There will be a panel of experts discussing Senior Safety:

The Elders Village Talks are free and open to the public, so grab your friends and come learn all about senior safety! To ensure a seat at the event, please RSVP at 510-217-8527. Be safe, everyone!