Join us for a dinner or party in our common areas and you’ll quickly realize that cohousing is NOT just for hippies!

PS. But hippies are welcome here too — we are just a few miles away from Berkeley after all!

It’s not exactly cohousing, but the apartments described in this article are part of a growing trend of living spaces designed with community in mind — a trend we at Phoenix Commons are proud to be pioneering!

The San Francisco Chronicle wrote a great article about our PC community. We think we’ve found the antidote to aging as well. Life is always buzzing around here, keeping us active and excited! 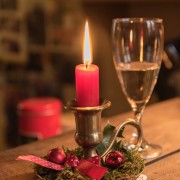 If you browse around Denmark’s official tourism website, you may come across an article on the art of hygge. The word (pronounced ‘hooga’) may seem strange to American ears, but the concept of hygge is very familiar to anyone who has ever spent time in a cohousing community, and certainly to the members of Phoenix Commons. It is roughly translated as ‘coziness’, but as the website explains, it’s actually more than that:

In essence, hygge means creating a warm atmosphere and enjoying the good things in life with good people. The warm glow of candlelight is hygge. Friends and family – that’s hygge too. There’s nothing more hygge than sitting round a table, discussing the big and small things in life. (VisitDenmark.com)

So hygge is basically the cozy feeling one gets from sharing good food and conversation with a supportive, trustworthy group of folks. This feeling can be found around the world, wherever lives are bonded tightly together through the habitual breaking of bread and meeting of minds. At our members’ gatherings, hygge frequently manifests itself as laughter, people doing nice things for each other, and time flying by much faster than usual. That’s a lot of meaning packed into a single 5-letter word! 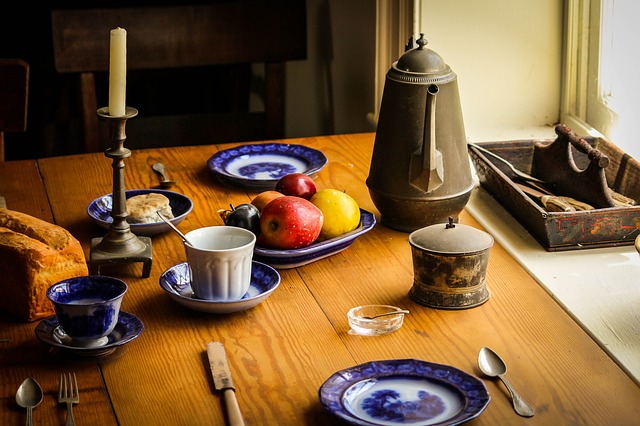 https://jz6635.p3cdn2.secureserver.net/wp-content/uploads/candle-581824_640.jpg?time=1669319690 640 427 Andy Verzea https://jz6635.p3cdn2.secureserver.net/wp-content/uploads/logo1-1.png Andy Verzea2015-01-13 13:54:192015-01-29 16:52:32“Hygge” and the Danish Roots of Cohousing
Phoenix Commons, our new senior co-housing community being built on the Oakland/Alameda waterfront, is offering core group members the opportunity to lock-in the current pricing for those people who join the community by Friday, August 1, 2014.
Due to increasing construction costs, prices will be going up about 5 percent as of Saturday, August 2nd.  Updated price listings will be offered to members who join on or after August 2nd.
Becoming a Phoenix Commons owner is a three-step process, beginning with joining as a member of the core group (the $500 membership includes a position in the selection queue, meeting attendance, Successful Aging course and financial qualification.),  The next steps will be Unit Reservation Deposit ($3,000 which reserves your selected home unit and applies toward the 20% Final Deposit, which is step 3).

Some rather startling results emerged from a recent survey of older adults:

Combined with the fact that 43% of the 55+ crowd has less than $25,000 saved for retirement, it’s quite clear that we are not prepared as a society for the enormous task of taking care of our seniors in the years ahead. The article mentions aging in place as a preferred option, but few homes are adequately constructed for the special needs of seniors, not to mention the resulting social isolation that can destroy one’s health as severely as any physical disease.

Yet there is an alternative to aging in either an institutional setting or alone in a big, empty home. This third way, enormously popular in Scandinavia and now just starting to gain a foothold in the U.S., is to age in an intentional community. The benefits for older adults of having a solid social support system nearby have been documented in numerous studies, yet continue to be underestimated by most traditional retirement planners.

Senior cohousers are not immune from the natural aging process, but the daily adventures that are possible with their neighbors make them a more vivacious and optimistic bunch than your typical group of seniors. By tapping into and sharing their own knowledge and skills, cohousers can enjoy a wide variety of services and experiences at much lower cost than they would in an institutional, consumer-driven model. It may not keep you out of the nursing home forever, but senior cohousing can prolong the active stage of your elderhood and help you conserve your financial resources in the process. 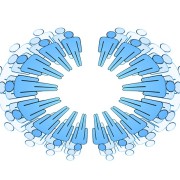 Yesterday we celebrated the life and teachings of Dr. Martin Luther King, Jr., a transcendent figure who will always occupy a special place in our nation’s history for his selfless advocacy on behalf of peace and justice. In addition to equal rights and nonviolence, Dr. King was also a proponent of community self-reliance and cooperative ventures. He understood that collaboration not only improved the economic conditions of a community, but also empowered the individuals within it to take control over their lives and form free associations with others in the pursuit of common interests.

With a new generation entering elderhood in droves, many of them without the traditional family structures that have supported elders in the past, Baby Boomers will need to discover new ways to unite together and form communities of common interest and support. Phoenix Commons intends to blaze a trail for this new generation of seniors, as the first senior cohousing community in the San Francisco Bay Area. Future members are already meeting regularly to explore various ways to share resources and knowledge, working together to create a vibrant, autonomous community of conscious aging.

Aging in community should be an option for every senior, regardless of income. If you are interested in aging cooperatively with others but cannot afford to join Phoenix Commons, you should look into the CAN Project (Collaborative Aging Network), recently launched by Elders Village, a 501(c)3 nonprofit organization that provides educational and community building resources to seniors in the SF Bay Area. Funded by the Making A Big Difference grant awarded by Coming of Age (Bay Area), the CAN Project will form a network of senior volunteers, trained to serve as peer-to-peer counselors to other seniors interested in cooperative housing and other forms of collaboration. This project has the potential to significantly amplify awareness and knowledge of cooperative aging concepts on a grassroots level, and we support them wholeheartedly. For more information, be sure to visit the Elders Village website.

The ASA (American Society on Aging) blog has a fascinating interview with USC professor Victor Regnier, who holds the country’s only joint appointment to an architecture school and school of gerontology. His architectural grad students have designed a community based on the Apartment for Life housing projects that are popular in Europe, particularly the Netherlands. Just as in the cohousing concept, Apartment for Life residents can arrange for specific services when they need them, thus eliminating the problem of overcare experienced by so many seniors in assisted living facilities.

In the article, Prof. Regnier also mentions the cooperation of a developer with housing experience and a health care provider with gerontological experience as an ideal arrangement for such projects. This is a strong endorsement of Phoenix Commons’ philosophy, as it has been designed by Alameda Elder Communities, which has over 40 years of experience in senior housing and health care, and the community’s members will continue to be able to count on AEC’s expertise and support whenever needed. With senior cooperative lifestyle communities such as Phoenix Commons,  Wolf Creek Lodge, and USC’s proposed Apartment for Life gaining ever greater awareness in the general public, older adults can look forward to better housing and care options that respect their autonomy and dignity.

The Boston Globe recently published an article in its magazine titled, “Introducing the retirement commune,” describing the various ways in which the Baby Boomer generation is reinventing senior housing by embracing more cooperative forms of living. Now some of you might be thinking: Great, an article about aging hippies. Not so fast! While this trend might be influenced to some degree by that generation’s experience with flower power in the 60’s, it is likely influenced even more by society’s current trend towards what is called “the sharing economy”. As proven by the popularity of such services as Craigslist, Zipcar, AirBnb, BitTorrent, and many others, the sharing economy is no longer the province of hippies. It is fully mainstream now (as it once was before hyperconsumerism), propelled by both economic necessity and quantum advances in mass communication, and it is beginning to make a difference in senior housing as well.

The article itself explores many forms of this new trend, including co-housing, informal house sharing, family arrangements, and village movements. What all these alternatives share in common is a rejection of the retirement status quo, in which people grow lonely in their isolated, outsized, single-family homes in the suburbs. As a group, the Baby Boomer generation is learning from the experience of their older parents, relatives, and friends, and inventing new ways (or reinventing the old, old ways) of aging together with a network of supportive peers. As the first senior cooperative lifestyle community in the San Francisco Bay Area, Phoenix Commons is proud to offer Bay Area seniors an opportunity to be pioneers in this rapidly growing movement.